The Jeanette project is situated north east of the town of Welkom in the Free State province of South Africa, approximately 2km north of the town of Odendaalsrus. Jeanette shares a common boundary with Harmony Gold’s Target gold mine. 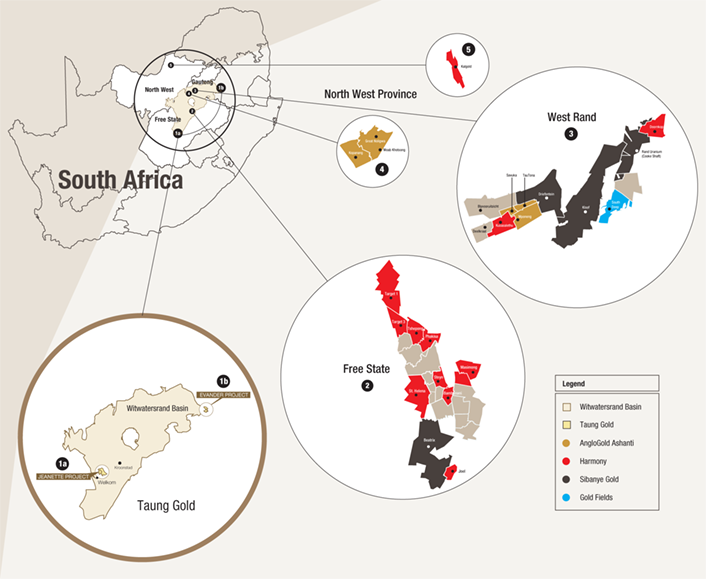 In June 2008, Taung Gold concluded an agreement with ARMGold/Harmony for Taung to acquire the entire Jeanette project.

ARMGold/Harmony had become the owners of AngloGold’s Free State gold mines in November 2001, including the Jeanette project. 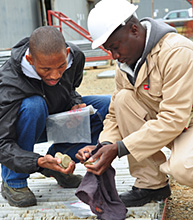 Set among the Free State’s seemingly-endless maize fields, the Jeanette gold property was South Africa’s mining Cinderella for 60 years. But that is changing as we at Taung Gold move carefully towards our aim of proving the viability of opening a mine with a maiden probable reserve of 7.1Moz of gold.

Jeanette is located to the north of the Free State goldfields, separated from Free State Geduld by the old Freddies Consolidated properties. The property had been drilled, and those original drilled cores have been meticulously conserved and were available to Taung Gold for re-evaluation.

But Jeanette’s separation from Anglo American’s five principal Free State mines, meant that it would be last in the queue when it came to competing for capital and equipment with Anglo American’s other developing properties. It was incorporated as a company towards the end of the 1950s. The decision was taken to start shaft sinking in 1951. Two shafts were sunk and equipped in the succeeding four years – a main shaft to a depth 1,290 metres below surface and a ventilation shaft to 1,547 metres below collar. Some access development from the ventilation shaft was also completed.

Given the competition for capital within the group, Anglo American stopped all work at Jeanette in 1955, in favour of the seemingly more-prosperous mines in the then Transvaal province, where the Anglo American chairman, Ernest Oppenheimer, was driven to prove that gold could be mined profitably at extreme depths. Nevertheless, Anglo American continued drilling on the property until well into the 1970s, and the gold grades emanating from these drilling programmes over the years were encouraging, comparing well with the grades of neighbouring mines – on the Basal Reef, the orebody on which the Free State mines’ fortunes were built. Jeanette has never produced an ounce of gold in the 65 years of its existence. Old technologies and other opportunities persuaded previous owners to leave the property largely untouched. However, new technologies introduced by Taung Gold means that the property now has considerable potential, particularly as it lies within an area well served by infrastructure and where mining skills are a part of life.