After more than a century of gold mining in South Africa, the US Geological Survey’s latest estimate still ranks South Africa as the custodian of the world's second largest gold resources at 6,000 tonnes second only to Australia.

Ever since 1886 when gold was discovered on the Witwatersrand near what would become the metropolis of Johannesburg, South African engineers, universities and technicians have pioneered and developed the techniques for profitably and successfully mining comparatively low-grade gold ores at considerable depths, and in some mines reaching almost five kilometres below surface.

Many South African deposits, which now remain to be exploited, were previously left unmined because of inappropriate mining techniques, or owing to the prevailing unattractive gold prices at the time. With the advancement of technology, South African mining engineers have latterly developed the skills and techniques to extract precious gold reefs safely and profitably in the South African goldfields. 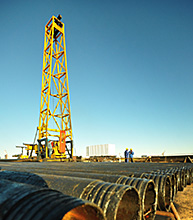 Elsewhere in the world there has been a significant slowdown in the rates of discovery of major gold deposits. Where they have been discovered they have been in increasingly remote parts of the globe, frequently with significant risk and very high capital requirements. The South African goldfields still offer excellent opportunities to investors who believe in the continued value of this precious metal. This is underpinning the country’s rich mining heritage, infrastructure and institutional knowledge and as access to important information and geological data remains relatively straightforward.